Claiming Compensation Following A Motorbike Accident With A Pedestrian

Features Of A Great Tea-Maker

How to Know if Your Horse is Unhealthy

Seafood On Langkawi: Where To Find and What To Try?

Cotton candy has been around for quite a while, and it is one of the favorite treats of children and adults alike, especially whenever they attend a carnival. A normal serving of cotton candy has about 96 calories. What goes into it? Well, the simplest answer to that question would be sugar, but the fact of the matter is that this treat has changed a lot over the years and nowadays, it can be pretty unhealthy compared to how it used to be.

We made a list of some interesting facts you might want to read about if you’re into having cotton candy at least on occasion. Who knows? You might find out something new, and you might even want to tell your friends about it.

Believe it or not, this treat was invented by a dentist by the name of Dr. William Morrison. He lived in Nashville and came up with the brilliant idea back in 1897. Along with John C. Wharton, he invented a device that was capable of melting sugar and then blowing it through a fine screen. That’s where the ‘Fairy Floss’ denomination comes from.

As if it weren’t enough, another dentist improved the design of the device in 1921. Josef Lascaux of New Orleans bettered the machine and named it ‘cotton candy.’

What is it called across the world?

While Americans have gladly adopted the name of cotton candy and it is as widespread as possible, there are some countries where the treat has a funny name, to say the least. For example, did you know that in France, the translation of cotton candy literally means ‘papa’s beard’? Or that in Greece, the locals call cotton candy ‘old ladies’ hair’?

In Finland and Australia, it is still called fairy floss, while in the UK and India, it goes by the name of candyfloss.

As with any other type of delicious dessert, cotton candy does have a number of calories, and the worst thing is that they only come from sugar. What this means for you is that, from a nutritional standpoint, your body doesn’t get anything of value from that serving of cotton candy you want to have at a local fair.

While some resources suggest that every serving has 96 calories, others say that 1 oz actually has 105 calories. How does that compare to other types of treats? You wouldn’t believe it, but the thing is actually rather healthy when compared to other desserts. 1 oz of caramel popcorn with peanuts has 115 calories, but it also contains 2 grams of fat and 75 mg of sodium. And all that while cotton candy only has sugar.

You can get your own cotton candy maker if you like, but before deciding to make such a purchase, you ought to understand whether you’re likely to use it or not. Reading about this can help you make up your mind.

Next A Few Great Reasons Why Everyone Should Take Dance Classes

5 Tips on How to Study Effectively for College

Why Is Blocking Spam Essential? 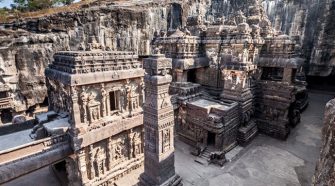