How to Use Social Media to Promote Your Catering Business

However, personal injury claims only really became popular (if we are defining ‘popular’ by the number of claims processed) in 1995, which was when Conditional Fee agreements – otherwise known as no win, no fee agreements – were implemented into courts in England and Wales. No win, no fee was actually made a fundamental part of the law via the Courts & Legal Services Act 1990 (Section 58) but it was 1995 when no win, no fee was introduced.

The reason no win, no fee boosted the popularity of personal injury claims, is because it is an effectively free service at the point of use. The claimant does not have to pay any legal fees upfront whereas before they did – so to get a claim going it used to cost hundreds of pounds at least. The way a solicitor gets paid under such an agreement is by winning their case. Solicitors can then take up to 25% of the settlement figure to cover their costs, or they can reclaim their costs from the other side.

At UK Claim Lawyers, for example, (find us here), most claims processed are road traffic accident claims. However, UK Claim Lawyers also process a large number of accident at work claims and slips, trips and falls – and the same can be said for other law firms too.

The Factors Affecting your Eligibility to Make a Claim

If you are the parent or the legal guardian of somebody under the age of 18 who has been injured in an accident, then you can make a claim on their behalf as the ‘litigation friend’. To make a claim, somebody else must also be liable for it. However, you can still make a claim if you were only partly responsible for the accident. Consult a lawyer to find out more.

How You Can Live A Healthy Lifestyle?

Tips For Buying Your Teenager Their First Car

5 Reasons You Should Use GarciniaCambogia 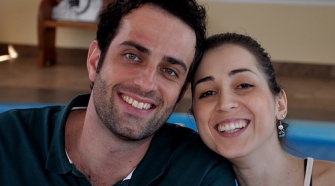