Get It Started: 5 Tips on How to Have a Good Start in Real Estate Investing Business

I received both an Associate and a Bachelor Degree related to Criminal Justice. I graduated with honors for both degrees. I had plans on either becoming a probation officer or a correctional officer. As it turned out, I am not using my Criminal Justice in any manner which I originally intended.

Associate of Justice System, Corrections from Lorain County Community College. I received my Associate Degree in 1997. I had started this degree with the intentions of becoming a probation officer, but as I went through my studies, a job as a correctional officer sounded more appealing. I had also spent my internship working at a battered women’s shelter, so that area held some promise as well.

I moved from Elyria, Ohio to the Athens, Ohio area that summer. In order to become a correctional officer for a state prison, I would have to become certified by the State of Ohio. I took the testing, was certified and put on the correctional officer list for a year. I only listed 1 prison in my area that I desired to work at, and unfortunately the facility did not have any openings during that year.

There was a new multi-county jail facility being completed in our area. There was also talk of a new boot camp soon to come. I really wanted to work at the boot camp, but it was never built. To work at the County Jail, I had to take a short class to become certified on the county level. Upon completion of the class, I was immediately called for an interview with the new County Jail.

I declined the interview. After attending the certification class, I was unsure I really wanted to be a correctional officer anymore. I decide to pursue a Bachelor of Criminal Justice at Ohio University.

Bachelor of Criminal Justice from Ohio University. Ohio University is more of a liberal arts college, so the coursework for the Criminal Justice Degree was vague. I couldn’t decide on a job I would like to use my degree. After a year, I decided I would just finish what I started and maybe never use the degree for its intended purpose.

However, I learned a lot during my coursework for a Criminal Justice degree. I took a lot of political science and psychology classes which helped me to communicate with people of differing beliefs, and not just in politics. I took some business management classes which help me to work with others in nearly any job environment. I had several interviewing classes which not only helped me to interview for employment, but in ways to ask people for information I need to know.

Some information, such as Constitutional Law and forensics I have learned simply for the sake of knowledge as it turns out. Unless I have a change of heart, I will never need to use these.

One thing I learned that will stay with me for the rest of my life is self-defense. It is good to know that I have a chance if I am assaulted, even if the perpetrator is a lot bigger than me or armed with a knife or gun. This is a skill every woman should have.

What I am currently doing with my Criminal Justice degree

Currently, I am not working in the criminal justice field. I am a legal secretary and the office I work in does not do criminal law. I am also a freelance writer as a second job. But I still work on Court documents and I have learned the importance of confidentiality issues. I developed pride in myself and my work, as I was the first person in my family to get a college degree and I graduated both degrees with honors.

I could have become a probation officer, a correctional officer or even a peace officer among other things. But I choose a much calmer life for my family. Though I am not utilizing my degree to its fullest, it was definitely not a waste because I learned so much to help me in many other areas of my life. I am happy that I got my Bachelor of Criminal Justice Degree.

Previous The Science Of Decision Making

6 Eating Habits That Can Boost Our Brains

Why You Will Regret Not Travelling On Your Deathbed

How To Grow Your Business With SEO 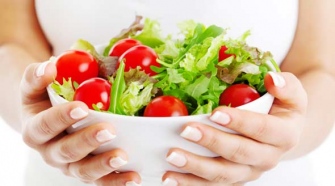