How To Write The Best Thesis Statement

Why Analyses Play A Big Role In Training?

3 Things To Do After A Minor Car Accident

We must acknowledge this with pride: we all have our idols. Whether you are in the world of song, interpretation, sport … We’ve all been through some period (especially in adolescence) where posters have filled the room with the image of our beloved celebrities.

But not all the idols are the same: some are icons in their profession but don’t stand out in the public field, and others are real stars in and out of their work. If our idol is in this second category we will try to imitate his or her skills and social abilities and it bringsus a series of tips, without losing our own personality, to get to be like them.

Work on your Skills

If you are not born with vocal qualities, you will probably never sing like Adele, but if you’re a fan of the sport and follow idols like Rafa Nadal, you have the possibility of training your skills.

In this case, we have tools like a weekly tennis course with Rafa Nadal in his academy in Manacor (Mallorca, Spain) that can help us seem even more like the international sports star. But we also should think that if Rafa has come so far is thanks to his tenacity and hard work: if you really want to take a discipline like tennis seriously, feel free to practice and get help from the best.

What makes the difference in an idol? The good idol stands out in its field, he or she has millions of fans, but doesn’t forget that after all he or she is a human being like any other, so behind the camera they follow a relatively normal behaviour ( although luxury surrounds them normally).

On the other hand, a diva never disconnects from his or her media role, so he or she can have a superb behaviour at times when he or she is not on stage or surrounded by thousands of looks in a stadium.

Returning to the example of Rafa Nadal, we can see in him that, despite being a benchmark of the sport, despite being the number one world ranking ATP for long periods, outside of the court he behaves with the same humility and work which has taken him to the top of tennis.

Look for the Distinctive Component …

A person gets worldwide recognition thanks to being different from others that work in the same field. Thus, in the world of the song the winner is not just who has a good voice, but who has endowed a story to his or her career, who has been able to stand out in a competitive world and who struggle every day not only for what he or she has but for what he or she has achieved.

So if you want to stand out, there isno othersecret that hard work and going a little further from the goals that you set into your mind.

Without Losing your Personal Touch

You can imitate a way of working, a style, but never a personality. Personality is something unique. We can obviously imitate what we like from other people andenrich our values, but you must never forget that working and fighting for a goal is the only thing that can make you achieve the goals of your idols.

Previous 10 Great Ideas and Topics For Writing Dissertation On Marketing

Different Ways Of Creating Your Own Style With Furniture 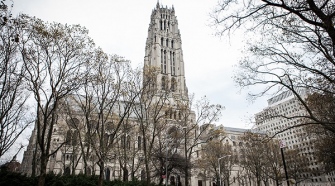