Eyelid Surgery – Get A Refreshed and Youthful Look

In a student’s life, choosing the right university is a crucial decision, it can either bloom or destroy a students’ career. So, it should be made carefully.  India is the home to some of the coveted private universities. Owing to it, people often get confused when it comes to choosing the best one.

Here are some of the universities which also constitute the best private colleges in India:

A wide range of courses is provided by VIT and its engineering college which include 20 undergraduate, 34 postgraduate, and a total of four integrated and four research programs.

It is one of the best private universities in India. Established in 1985, it has a total of 7 campuses out of which 4 are located in Tamil Nadu. With more than 140 plus funded research projects and 6000+ on campus placements, this university is well-known for quality education. It is accredited by NAAC with a grade ‘A’ and has been ranked 8th by India Today in 2017.

SRM University offers a wide range of undergraduate, postgraduate, and Ph.D. courses for different domains like engineering, management, law, science and humanities, and others.

Symbiosis has maintained its global standards throughout the years and has produced great scholars in the past decades. Founded in the year 1971, it was given the autonomous status in 2002 by MHRD. Further, it has been recognized by the UGC and the AICTE and has an NAAC accreditation with ‘A’ grade.

Situated in Pune, it has around 28 academic institutions in India. Symbiosis University easily qualifies to house some of the best private colleges in India.

It is one of the leading private universities in India, and is well-known for its hi-tech and huge campuses in India and across the globe. It has around ten campuses in India and eight campuses situated at international locations like Abu Dhabi, London, China etc. Therefore, it comes as no surprise that it is famous all around the world. Established in 1995, apart from offering a diverse range of courses in different fields, it also has a law college which is affiliated with Guru Gobind Singh Indraprastha University in New Delhi.

It was ranked 195 in Asia by the QS World University Rankings. Students here get great exposure, and ample opportunities are provided to them so that they can prove themselves in various fields.

Established in 1995, Sikkim Manipal University is situated in Gangtok, Sikkim. With a quality academic staff of 364, this university shows the path to a better future to its students. With a modern and huge campus, it provides the students with all the required modern facilities.

A vivid range of courses is offered by Manipal University. Almost all the major courses are available. Students will get plenty of career-boosting opportunities at this place which makes it one of the best private universities in India.

UPES is a well-known name among the list of top private universities in India. Situated in Dehradun, it was established in 2003. The campus of this university is huge which spread over an area of 42 acres and also well-equipped with modern technology to offer ideal ambiance for quality education.

This university provides specialized courses in gas and oil, transportation, power, computer science, legal studies, international business, and much more. It is the only Asian University that received the World Oil Award.

UPES provides its students with great placement opportunities with some of the best companies. It has also received a Green Campus Award in the year 2013 at World Education Submit.

Next Ensure A Lucrative Career In IT Industry Through MCA

Asbestos Removal Safety Norms: Learn About It In Details 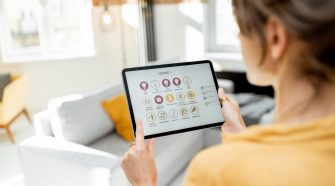