Talk To Experts To Fix Your Credit Rate

Pune is a beautiful city located in the state of Maharashtra. It is the second largest city of the state after Mumbai and also the ninth most populous state in India. It also ranks 71st in the world in terms of its size. Also considered the cultural capital of Maharashtra, Pune has a rich cultural heritage. Most of the people here are Marathi, unlike Mumbai which is now a mix of all cultures. Pune is the place you should visit if you want to witness proper Maharashtrian culture.

One of the fastest growing cities in the Asia-Pacific region, Pune is rapidly growing in all the fields. Dubbed “The Oxford of the East” the city also has a large population of students from South East Asia, Middle East, Africa and all over India who come to study engineering, information technology and business and management in some of India’s best universities all under the city of Pune. Not only in the field of education but there are also rapid developments in infrastructure and establishments like shopping complexes, buildings for government sectors, healthcare and hotels in Pune. In a city filled with youngsters, the new Pune as opposed to the old traditional and conservative Pune is now a much more open minded developed ciinty making changes in all departments. Pune is an exciting place to visit, the reason being, as much as the city is developing at such rapid pace, there is still the old town presence and you do not get the feeling like you are staying in a city as you would in say, Delhi or Mumbai. There are still some secret spots within the city you can run away with a group of friends and be in the midst of nature’s beauty with hills and small streams of water. Pune is a place where people are crazy about their festivals. There is always a music festival or a concert of classical or rock going on in some parts of the city. The most famous festival however is the Pune Festival. It is held during the Ganesha Mahotsav and it is the biggest. Ride around town is easily available with the multiple source of local transports from buses, auto rickshaws to taxis.

Pune’s vibrant atmosphere and the large population of students makes the place an exciting visit with an exorbitant nightlife catching up far too fast. Which is just a good thing for people who enjoy to party. And due to the population of students, the cost of living there is not as high as compared to other cities. You would be surprised to see some of the rates if you check the list of hotels in Pune with tariff. It is of course a different case if you choose to stay in a luxurious hotel.

Pune is a beautiful place to stay or visit. The beautiful city offers a pleasant and enlightening visit to both the adventure or the knowledge seeker.

Dimpy Roy is a travel writer working with an Online Travel Guide. She guides travelers to various resources where they can find best hotels in Pune easily.

Next How Often Should You Text Your Customers?

What Do You Need To Consider When Shopping For Industrial Screeners For Your Business? 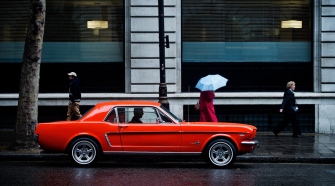