What You Can Do With A Tier 2 (General) Visa

When someone suggests they want to work in the legal field, what’s the first thing people say? “Oh, you should be a lawyer!” However, the journey to become a lawyer is a long and often expensive one. In many cases, it’s more of a calling than a profession. The best lawyers have a true passion for what they do, whether they’re an immigration lawyer, who helps reunite families, or a personal injury lawyer, who represents people harmed by corporate negligence. It’s a great deal of work, and there’s no guarantee you’ll be making six figures right out of law school. However, people fascinated by the justice system have plenty of other ways to work in or around a courtroom.

Court reporters have a front row seat to all the action in court, but they can’t just sit there and eat popcorn. Instead, they have to work hard to transcribe everything that’s happening in the courtroom with accuracy. That applies, even when the proceedings aren’t thrilling and, believe it or not, many courtroom proceedings can be downright tedious. There are huge criminal or civil cases sometimes. However, there are also plenty of days where it’s just couples in divorce court, fighting about who gets the 2008 Jeep Cherokee with 150,000 miles on it. It’s not just a matter of typing fast, either. Court reporters often must use specialized equipment like stenography machines. That requires some training. Once the hearing or deposition is over, a court reporter’s work continues, since they must review their work to ensure its accuracy. If the official record of the court isn’t accurate, it makes the entire court look bad. It makes the public less willing to trust that everyone else is doing their job if the court reporter makes a major mistake.

Do you speak another language? If so, you should be proud of yourself, because you’re a rarity in America. There are some countries where it’s common to speak two or even three languages, but in the United States, only about 1 in 4 people report that they can hold a conversation in a language other than English.

Employers love hiring people who are bilingual, so if you speak Spanish, French, German, or another language, you’ll probably have numerous career options. One of those options is serving as a court translator. It doesn’t matter if you speak English or not; appearing in court still gives you certain rights. If you’re being tried in criminal court, for instance, you have the right to an attorney. As a court interpreter, you’ll inform defendants of those rights and translate their responses to a judge or other court official. Don’t forget that people who are deaf and hard of hearing also have to appear in court sometimes, and sign language interpreters are also in high demand almost everywhere. It won’t always feel glamorous, especially on days where there are dozens of non-English speaking defendants making initial court appearances. However, it’s a critical job, and people who do it perform an invaluable service.

Next Learn How To Build An Effective Global Business Strategy

4 Signs you need a Plumbing Service in Austin

5 Facts You Didn’t Know About Bangkok

The Case for Online Casinos

Where To Start Decorating Your New Home? 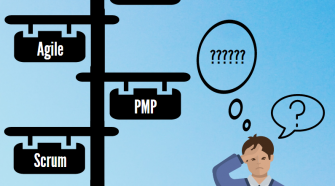 What Project Management Course Should I Take?