Smart Ways To Prepare For Your Civil Services Exams

Northwestern University is a prestigous, private college located in Evanston, Illinois, a suburb of Chicago. Part of the Big Ten Conference, Northwestern is a four year college known as one of the top institutions in Illinois and the Midwest. It’s enrollment is relatively lower than other comparable colleges at approximately 15,000 students, which includes undergraduates and graduate students. Northwestern is a regionally accredited college, and offers many academic areas as a major. Their medical and law degree programs are highly rated and offer some of the more rigorous coursework, hence giving Northwestern University it’s reputation for being a top tier college. It’s location is somewhat of a drawback, as it can get very cold and windy living very near Chicago. However, a short drive into the city gives students a completely different, big-city lifestyle if they choose. In addition to that, Lake Michigan offers some recreational activities that very few colleges across the country can offer.

Northwestern University’s admission standards are very strict, much like that of the top tier colleges in the U.S. Important factors that go into their decision include grade point average, class rank, and the ACT score. Northwestern doesn’t require the SAT test score, but it is recommended. Most students that apply for admission have both the SAT and the ACT score. Also, Northwestern University may require a face-to-face interview prior to making their admission decision. Many schools don’t take the time to meet their students, but Northwestern does. Typically, a student applying for freshman admittance can expect to have no less than an upper 20’s to low 30’s on the ACT, with a grade point average above 3.7 on a 4.0 scale. As stated before, this college is strict with criteria, and only admits about 2000 degree seeking freshmen per year.

Athletically, Northwestern participates in the Big Ten athletic conference, which is NCAA Division I. They offer a wide variety of sports and club teams. Men’s sports include Basketball, Football, Baseball, Hockey and Swimming/Diving. For the women, Swimming/Diving, Softball, Tennis and Volleyball are the more popular activities. There are intramural sports available for students looking to get some competitive activity.

Cost for education at Northwestern University is high. No matter if you’re in-state or out-of-state, this college costs $33,559 for tuition and fees. Compared to other schools, this is a big price tag. But, along with the cost comes a very good, and highly respected degree from a prestigious college. Northwestern estimates that their room and board cost is around $10,000 plus books and materials. It’s pricey, but you get what you pay for.

Northwestern University is one of the few colleges in Illinois that offer a very high level of education. To be admitted is tough, but is achievable for students who have the work ethic to succeed in college, and in life. 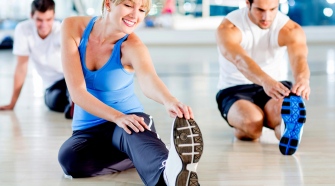