3 Elegant Tips To Give Your Room A Sensuous Touch

5 Ways to Stay Fit During the Work Day

How to Write Essays With Fresh Perspectives?

All That You Wanted To Learn About Getting Customized Rings

Cancer remains one of the leading causes of death around the world. But while cancer diagnosis numbers are high, the medicine and technology available today has made treating cancer more effective. However, it’s crucial cancer is caught as early as possible for the best chance of treating it. This is why everyone should be aware of these common warning signs of cancer.

As the biggest organ, a person’s skin can show signs of cancer. While skin changes are most common with skin cancer, resulting in changes in moles or other skin features, changes in skin can show up with other cancers as well. Lumps underneath the skin can end up being cancerous tumors, and redness, dark spots, and jaundice can all be a symptom of cancer, too.

Changes in digestion and appetite are closely linked with stomach cancer but can be seen in other cancers as well. When cancerous cells form and attack healthy cells, the state of the stomach can change and cause conditions such as nausea, indigestion, and an overall reduced appetite.

Coughing can be associated with many conditions, even just a simple cold or allergies. But when a cough won’t go away, becomes very frequent, and results in a hoarse voice, it becomes worrisome at a new level. Lung cancer patients will generally have a persistent cough as the lungs fight to function properly.

Sometimes a warning sign of cancer is as simple as feeling persistent pain in one specific area. Unfortunately, when someone starts feeling pain, this can mean that the cancer has spread and become very strong. While the pain may not always be in the exact area of the cancerous tumor or cells, localized pain can be a warning sign that cancer has formed somewhere.

Fatigue is something that is associated with a lot of different health problems, but it is common in almost all cancer patients. The body is working too hard to fight off the cancer cells and tiredness is bound to occur. Fatigue is especially common combined with other symptoms, like pain and a chronic cough.

Bleeding is a symptom that is not commonly associated with a lot of health conditions. Some cancers may result in bloody urine or stools. If someone is noticing blood loss, they should seek medical attention immediately.

Cancers in the head and neck, especially the throat, can result in someone having a hard time swallowing. While swollen glands from a cold can also make it difficult to swallow, problems swallowing can indicate a major symptom of something more serious. Cancerous tumors can grow rapidly and lead to airways becoming obstructed.

Having a fever is generally the body’s way of fighting off an infection. When cancers spread, patients may experience fevers as their body tries to fight the cancerous cells. So while fevers aren’t common in the early stages of cancer, they may be common later on.

When cancer symptoms begin to show, doctors will suggest tests and screenings, like utilizing Ezra MRI scans for cancer, to come to a diagnosis as quickly as possible. Unfortunately, there is no one specific tell-tale sign of cancer, especially with there being so many different types of the disease. This is why it’s important for everyone to keep in mind these common symptoms and to see their doctor sooner rather than later if they have concerns about their health.

Previous How to Introduce Wholefood to Babies Aged 6 Months and Above?

Next Liver and Pancreas Specialist in Kolkata

Real Estate Lawyer: Why You Need One 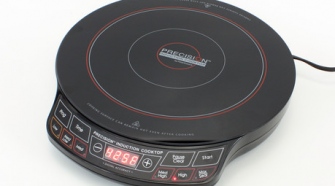