Top 5 Registry Hacks To Improve Performance Of Your PC

Examining The Impact Of Technology On Dental Education

Understanding How Trust Can Be Established And Violated

Conference Call Equipment: The Right Equipment Makes All The Difference

Glaucoma is an eye condition that usually does not show early symptoms and that can become very painful. Two types of glaucoma exist, which we will discuss here along with who is likely to develop glaucoma and what its earliest signs are.

This type of glaucoma is more common in Asia than in western countries. It is also known as chronic or acute narrow-angle or angle-closure glaucoma. With this condition, the angle between the cornea and iris is too narrow, and because of this there is poor drainage which causes a buildup of pressure. This can cause sudden pain.

This type of glaucoma is most common, and it may also be known as wide-angle glaucoma. Whereas with the previous type of glaucoma the angle for drainage is too narrow, in this type all of the structures are normal in appearance but fluid does not flow normally through the trabecular meshwork, which is the eye’s drain.

Your optometrist in New West can detect what type of glaucoma you may have.

Glaucoma is most common among people of certain descents, medical histories, and ages

People with diabetes or poor vision, or who take some types of steroid medications or have had trauma to the eyes, also have an increased risk of developing it.

However, glaucoma can also develop among infants, children, and young adults. For people of African-American descent, in fact, the condition tends to develop at a young age and it in general occurs at a more frequent rate in the population. A more severe loss of vision is also likely to be the result of glaucoma in African-Americans, too.

It is best caught early on through regular eye exams

There are few early signs that glaucoma may be developing. It is common for one’s peripheral vision to stop functioning early on, but this may not be detected until the condition has already developed substantially. As well, you may feel eye pain suddenly or see halos surrounding lights as well as experience blurry vision.

Going to see an optometrist every one to two years is important for early detection–contact us to book an exam today.

Previous A Complete Overview Of OpenUI5

Next Different Kinds Of Joint Injuries and Their Treatment

How Taking A Car Loan Can Help You Rebuilding The Credit

Things You Must Know About Auto Insurance

Building Your Company From The Outside In: How To Upgrade Your Landscaping 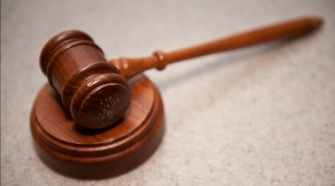