6 WOW Resources You Need To Know Before Writing Your Essay

Syphilis, which is caused by a spinal bacterium called spirochete, is extremely dangerous sexually transmitted disease. Without treatment, the disease remains in the body for years, moving through a number of stages. Fortunately, it can be cured with antibiotics during the first two stages. If left untreated, however, it can have serious consequences. Therefore, it is important for people who suspect they may have syphilis to seek medical diagnosis and treatment immediately.

In the first stage of syphilis a spirochete enters in your body through a small break in the skin. Syphilis usually enters through the warm, moist mucous membrane of the genital tract, rectum or mouth. After 10 to 28 days a dime-sized moist lump appears where the spirochete entered the body. This painless chancre is sometimes invisible but always contagious. With or without treatment, the chancre disappears in a few weeks deceiving many people into thinking they are cured. However, the disease is still present.

In the second stage of syphilis the spirochetes travel through the blood-stream to all parts of the body. During this stage the symptoms appear any tome from few weeks to a year after the disappearance of the chancre. These symptoms may include a skin rash, small flat sores on moist areas of the skin, whitish patches in the mount and throat, patches of temporary baldness, general discomfort, a low fever, headache, and swollen glands. Syphilis is more contagious during this stage that it is at any other time. This stage lasts 3 to 6 months.

After the second stage of syphilis, all signs and symptoms of the disease disappear. The disease entered the latency phase, but it is not gone. The spirochetes are invading various organs, including the heart and brain. This phase sometimes lasts only few months, but can last for 20 years or longer. A blood test will still reveal the presence of the disease.

During the latency phase the individual is usually not infectious, but a pregnant woman can pass the infection to her unborn child. Early in pregnancy the infection may kill the fetus, produce various malformations, or in an obviously diseased baby. A fetus infected later in pregnancy may seem health at birth, only to develop syphilis later. Treatment of an infected pregnant woman within the first 4 months of pregnancy halts the spread of the disease in her unborn child.

The tertiary stage generally begins 10 to 20 years after the beginning of the latency phase. But it sometimes occurs much earlier. With tertiary syphilis about one-fourth of all untreated patients become incapacitated. Many of the people develop serious cardiovascular problems. Some die of severe heart damage. Others have slowly progressive brain or spinal cord damage that leads to crippling, blindness, or insanity.

Next HOW TO BE THE BEST UX TEAM IN THE WORLD 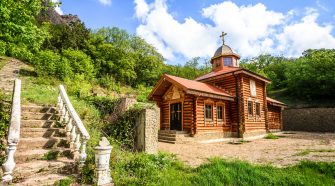