How To Pick Right Cover For Your Recreational Vehicle?

3 Tips For The Best Vacation Ever

You love film, but you don’t fancy yourself leading man or woman material. Are your Hollywood dreams dashed forever?

Hardly. In fact, you have a far better chance of making a comfortable living in the film industry behind the camera than in front of it, provided you’re not keen on seeing your name in lights (though there’s a small chance that you could, one day, enjoy mention in rarefied company).

According to the Bureau of Labor Statistics, film producers and directors earn decent pay and perform a broad array of interesting job duties. But behind-the-scenes work isn’t for everyone. If you’d like to make a living as a producer, director, set designer, makeup artist, or any number of other coveted industry roles, you’ll need to display these five attributes in spades.

Easier said than done, right? Improving one’s work ethic comes down to eliminating all possible distractions, creating a personal standard of excellence, and measuring one’s output against others’. For best results, see your work ethic as a perennial work in progress: it’s never good enough.

All the greats know how to read an audience. This pair of films from David Mimran and Jordan Schur make the case — one is a very American twist on a British classic, the other an irresistible superhero concept. Take note for when you’re in a position to say “yes” or “no” to top-flight projects.

If at first you don’t succeed…well, you know the rest. In this business, you must expect to fail over and over. What separates those who make it from those who don’t is the fortitude to get up, dust off, and head back into the fray.

Speaking of getting up and dusting off: for behind-the-scenes roleplayers struggling to find their footing in Hollywood, the film business is a feast-or-famine affair. Expect to have at least some downtime early on; spend it wisely, on networking or other professional development activities.

You don’t have to be a born salesperson to schmooze your way through Hollywood. Networking is the lifeblood of any successful behind-the-scenes career. Unfortunately, that may mean swallowing your pride and putting yourself in uncomfortable social situations.

Don’t listen to anyone who tells you that aspiring creatives or front-office types must choose One True Path to success in Hollywood. With all due respect to those graybeards who confidently proclaim that the next generation must do things precisely as they did, they don’t know what they’re talking about.

Sure, the film industry has rules of the road, just like any other business. But those rules are far more flexible than many assume — including, tragically, many talented creatives who give up before they realize the full extent of what’s possible.

If you stay true to yourself and commit to work harder than you’ve worked at anything before, you can make it in the film business on your own terms. The real question is, are you ready to find out what you’re capable of?

Previous 3 Tips for Getting Out of a Financial Rut

Next Tips for a Healthy Digestive System

Aftermarket vs Genuine Car Parts – Which Ones Should You Opt For?

Choosing The Right Contractor For Your Home Remodeling Job

A Lexicon of Islamic Clothing 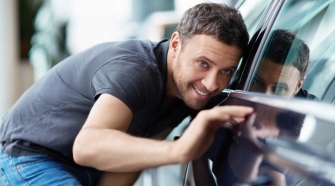 Bring The Excitement Back To Car Shopping