Things You Must Know About Women’s Health

Cure It With Natural Remedy

How Many Years’ Experience Should I Look For In An Accident Lawyer?

While making the transition from infant to toddler to teenager, all children will of course make a million and one mistake when it comes to their use of speech and language. The reason, of course, being that not a single one of us is born with a single word in our vocabularies, meaning it’s a case of learning step by step along the way in something of a trial and error manner. Needless to say, therefore, this can make it extremely difficult for parents to correctly identify what could be the signs of a genuine speech and language development problem, as opposed to what simply is speech and language development.

One of the most common childhood speech problems of all is the stammer. According to the experts at integratedtreatmentservices.co.uk, the vast majority of parents are unaware of just how widespread childhood stammering issues are across the UK right now or the extent to which early treatment can be successful. Of course, the key to treating any stammer lies in both detecting it and bringing it to the attention of the most capable professional, which as mentioned is made difficult by the fact that all children may appear to stutter very slightly from time to time.

In terms of identifying a stammer therefore, it’s important to be aware of what makes the difference between a normal developmental stutter and a genuine problem with stammering. Every child and adult the world over will from time to time trip over their own words and have trouble putting a sentence together – it’s one of the many ways in which healthy humans short-circuit from time to time. However, the difference in this instance is the frequency with which it occurs and therefore represents the important line to be aware of.

If at any time you find yourself aware of an apparent stammer that’s more frequent or persistent than what appears normal, it’s a good idea to have it checked out. What’s more, being aware of what constitutes a stammer is of equal importance. The most obvious sign of a stammer is of course the fast, often erratic repetition of the first letter or syllabic sound of any given word prior to the word eventually being spoken. However, reluctance to speak at all, frequent hesitation or shying away from conversation can also be signs of childhood stutters. When a child has trouble getting their words out, they’ll often retreat into their proverbial ‘shell’ and avoid spoken communication entirely.

If you have even the slightest inkling that there may be a problem to address, you’ll need to bring it to the attention of a qualified speech therapist as quickly as possible. Chances are there will be nothing to worry about, but it’s a case of being safe rather than running the risk of being sorry. It can often take little more than an initial consultation to establish if there’s a problem to be addressed – the result of which will then determine the following course of action.

The most important thing here is to make sure you choose the very best therapist you can find with a wealth of experience and qualifications, along with the positive and proactive attitude you and your child need.

Before, during and indeed after the treatment process it is crucial that the apparent taboo of stammering be addressed and confronted by all family members. If for a single moment the child feels that they have something to be ashamed of, are in any way ‘abnormal’ or should be worried, their progress will suffer enormously. By contrast, if you can convey the idea that it’s really no cause for concern or shame, this will do their confidence and their progress a world of good.

As such, you must never be afraid to talk with them about their stammer openly and casually on a regular basis. In addition, as difficult as it may appear on the surface, it is also crucial to encourage them to talk as openly and constantly as possible.

In terms of the long-term prognosis, the truth of the matter is that there isn’t a single type of stammer known to mankind that cannot be treated. By contrast, however, curing a stammer is a different subject entirely as every child responds differently. The earlier a stammer is identified and addressed, the better the child’s chance of overcoming it entirely and never having to face such concerns ever again.

Much is still to be learned about the root causes of stammers, which will eventually lead to the silver-bullet cure the world is looking for. In the meantime, however, therapists are working wonders to help kids of all ages beat their speech and language development issues and with speed, efficiency and confidence.

Previous How To Plan A Bucks Party

Next Law and order are everywhere in the world

Top 3 Ways To Winter-Proof Your Roof 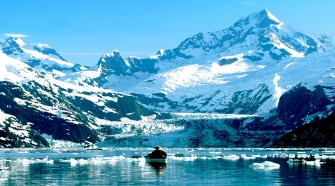 Some Of The Best Lakes In India That Is Worth Visiting