Even though there are some highly technical crimes which are carried out in the very latest in modern technology, it is important to not lose sight of the fact that there are a number of ways that people can be conned out of money in a more traditional manner.

The “bogus caller” crime may not be as prominent or as notable as it previously way but when it comes to obtaining money quickly and easily, it is easy to see why so many people will still turn to this style of crime. The fact that many people have seemingly forgotten about his style of crime will only increase the attractiveness of the crime to people looking to obtain money in a hurry.

This has been emphasised by the Trading Standards team at Central Bedfordshire Council. They have experienced a spate of bogus caller crimes of late, and they have issued a warning requesting all residents to be wary of this style of crime.

It appears that there has been a number of similar crimes carried out in the south east of England with a cold caller attending at people’s door. The slight twist to this style of crime comes with the fact that the bogus caller is claiming to be an officer of the Trading Standards.

This is a simple crime with an obvious motive

A number of these crimes have been carried out by just one man whose main tactic has been to tell people that they are due money. Sometimes this money is linked to work that the home owner has had carried out in the past or perhaps in relation to the thermal insulation payments and bonuses that are on offer. This is a play on a very traditional type of scam where there is a promise of a larger sum of money in the future but there needs to be a payment up front.

This case has seen a request for an initial payment to take account of court costs or for administration fees. Sadly a number of people have been stung by this crime and the amounts lost in the scam range between £10,000 and £170,000. These are huge sums of money that very few people could afford to lose.

It does indicate that there is an element of greed about people and the fact that even though so etching appears to be too good to be true, there is still a desire to pursue the offer.

People need to be reminded about this style of crime

A local councillor issued a warning about this style of crime, saying; “Our Trading Standards officers will never go door to door asking for money and should someone visit you unannounced they will always produce their photo identification and will be happy for you to call the council to check that they are genuine.

If you are targeted in this way, please contact the Citizens Advice Consumer Service so they can investigate further. Any elderly or vulnerable residents who are worried about being hassled by cold callers can sign up to our Nominated Neighbour scheme.”

Of course, it may be that there is merely a difference in opinion over the actions that are being taken or pursued by people. What some people m ay believe to be illegal or in breach of Trading Standards, some people view as being pushy or pushing the boundaries of how to approach and sell to customers.

Just because someone is being investigated by Trading Standards or has been charged by the legal authorities for a crime of this alleged nature, doesn’t mean that they are guilty.

There is a need for all defendants to receive a high standard of support and service, which includes Trading Standards cases. In cases where old people have been the victim of a crime, it is understandable that public opinion will go against the people who have been charged.

It is important to bear in mind that not every case is clear cut and that there is a need for everyone to receive proper representation. This is why knowing how to find experienced view a list of trading standards lawyers is essential for anyone that is facing charges or allegations of this nature.

Previous Ransomware: The Next Generation Threat For Computers and Phones

Next Database Transactions and Its Features

Explore Vibrant Gujarat with a Self-drive Car in Ahmedabad

The Dos and Don’ts On Your First Visit To The Capital City, New Delhi 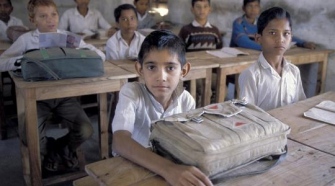